Data reflect the date crimes were reported to MPD and include all crimes reported in PSA 202 as of December 6, 2021.  Source https://dcatlas.dcgis.dc.gov

The suspect gained access to the two locations. A warrant was issued for the arrest of an individual in reference to both of these cases. 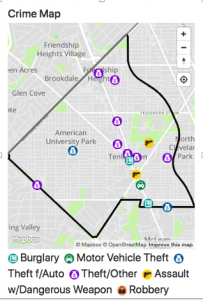 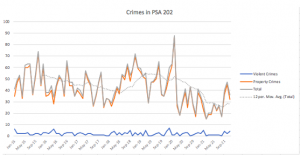