Data reflect the date crimes were reported to MPD and include all crimes reported in PSA 202 as of September 3, 2019. Source: https://crimecards.dc.gov/ 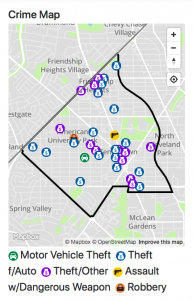 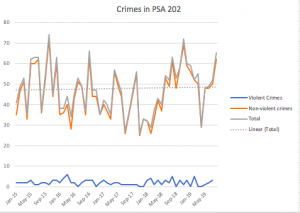